Welcome to Ostia Lido the Sea of Rome

Your Holiday Home between Ostia and Rome

+393460776216 acsholidays@hotmail.com
Book your stay in Ostia Lido, the sea of ​​Rome. When the heat becomes unbearable, many take the opportunity to go to the sea, and saying sea in Rome is equivalent to saying Ostia. The Lido di Ostia is, in fact, the closest seaside resort to the capital and the most popular and loved by the Romans, full of bathing establishments, hotels, restaurants and nautical clubs. Built in the early 1900s, in the 1930s Ostia was twinned with Rome, becoming a real district of the capital where architects and engineers created modern buildings, squares, bathing establishments, as well as road networks connecting with the city. 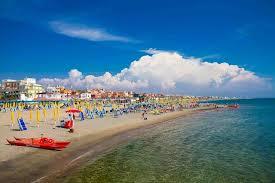 The apartment was perfect for everything we needed. Valerio super attentive and always present for any need. I recommend it to everybody